Can the Trust be Changed After the Settlor Dies?

What happens when someone close to you (the “settlor”) dies and you are convinced that the settlor’s trust incorrectly states what the settlor intended.  While an individual other than the settlor usually cannot change the provisions of a deceased person’s trust or will, the Probate Court does have authority to make an order that corrects the terms of a trust or will.

What you are asking the Court to do is to reform the settlor’s trust so that it states what you believe the settlor intended to provide.

However, here is the catch.  The Court will not entertain any evidence regarding the intention of the settlor if the language of the trust is clear and unambiguous.   If the trust is not ambiguous, the Court will not consider evidence to interpret the terms of the Trust.  Therefore, before you embark on hiring an attorney and going to the expense of filing a Petition for Reformation, you need to ask yourself, is the Trust ambiguous or was the settlor only misinformed about a relevant fact that caused him or her to sign a Trust with the provisions contained in it?  If the terms of the Trust are clear, but the settlor was just misinformed or mistaken in his or her belief of the facts when the settlor signed the Trust, then the Court probably will not entertain the matter any further.

Consider the famous case involving the Getty family.  In Getty v. Getty, J. Paul Getty left his son Ronald a very modest gift compared with the gifts provided to Ronald’s other siblings because J. Paul was under the erroneous assumption that Ronald was going to inherit a fortune from his grandfather on his mother’s side.

Unfortunately, after J. Paul Getty signed his trust, Hitler confiscated Ronald’s grandfather’s property, leaving no inheritance for Ronald.  After J. Paul died, Ronald asked the Court to reform J. Paul Getty’s trust so that he could inherit equally with his other siblings, arguing that J. Paul would have been more generous to Ronald under his Trust if J. Paul hadn’t been mistaken about Ronald’s inheritance from his maternal grandfather’s estate.

The Court refused to grant Ronald the relief he requested and change the terms of J. Paul Getty’s trust.  The Court explained that the sole purpose of the reformation doctrine is to correct a written instrument in order to effectuate the settlor’s intention which was incorrectly reduced to writing.  Getty v. Getty (1986) 187 Cal.App.3d 1159, 1180.  The Court cannot create a new agreement for the parties under a theory of reformation.   Even though J. Paul was mistaken as to what Ronald would inherit from his maternal grandfather, the Trust was not ambiguous because the terms of the Trust stated exactly what J. Paul wanted to provide when he signed the trust.

Let’s assume that the Court finds that there is clear and convincing evidence that the settlor’s trust is ambiguous.  What then?

Get ready for trial.  You will now have the opportunity to present evidence of what the settlor’s intentions were and why the trust does not correctly state the settlor’s true intentions.

How do you get ready for trial?  That is what trust litigation is all about.  In order to prepare for trial, your attorney may have to interview witnesses, subpoena and review documents and take depositions.  The litigation process is expensive and time consuming. Also, once you embark into litigation, you never know what facts might arise.  You may learn facts that will support additional causes of action.  The client will have to determine if the costs of litigation outweigh the reward.

Please contact us with any questions regarding the trust litigation matters you are concerned about. We can be reached at 415.457-8830 x 578. 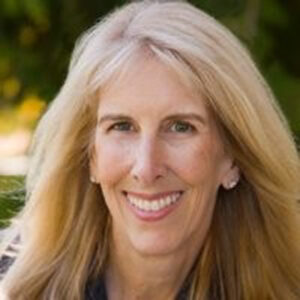 California Board of Legal Specialization of the State Bar of California